The idea for this blog came from my dearest of all friends at the home front and one of the most creative and kindest minds I’ve ever encountered, Bernardo W. Tejedor.

I told him that I was about to see Fantastic Four, but had decided against it after reading the horrific reviews this shitstorm of a movie received. If a director tweets shit about his own film, you know where you’re at. I went to see Shaun the Sheep instead and was completely and utterly enchanted. Tejedor in his infinite wisdom suggested I watch Fantastic Four anyway and write a comparison of the two summer flicks. He admitted though that even his kind mind had fallen asleep during the premiere of Fanta Four.

Comparing the two movies is clearly an impossible feat. But since watching Mission Impossible, we all know, again, that nothing is (impossible), and I feel thoroughly girt.

A bit of background information about both films, starting with the one that I liked:

Shaun the Sheep Movie is a spin-off of the eponymous series which is a spin-off of the Wallace & Gromit series, produced by Aardman Animations and commissioned by the BBC. By cutesycute nature, it’s a stop motion venture, meaning it takes plenty of nimble fingers, buckets of Plasticine, and god-like patience to make it happen. For that alone, your hearts should go out to the filmmakers.

Shaun the Sheep Movie was produced by French-based StudioCanal who already mastered last year’s family entertainment with endearing Paddington. One may regard Shaun as one consistent masterpiece: the lovely storytelling in combination with adorable characters, dialogue-free sound effects and uplifting/touching musical choices, and the crafty Plasticine designs all add to the overall success of this enchanting film.

Story: Under the guidance of Shaun the Sheep, the sheep on Mossy Bottom Farm scheme to take a day off from their dull routine, triggering a ton of unforeseen and entertaining events and happenstances, taking the story places where you never thought you’d see sheep.

Watching it during the day with lots of little kids in the cinema is magical. The kids coo and rattle just like the film itself, and yes, my ovaries were clapping enthusiastically.

It’s a small film that’s worth every penny, and it’s easy to appreciate all the work that went into it.

Not so with the other shitpot.

Because I knew beforehand that my day was going to be fucked by bad moviemaking, I thought I’d do it some justice and wear my Wonder Woman knickers, my Disney-Ariel-T, and my Sons of Anarchy sweater. Prior to the film, I also went to a place around the corner from Arclight called Veggie Grill. Naively, I ordered something called grilled chicken, and half way through my sandwich I realized it wasn’t chicken. It was tofu that was made to believe it could be chicken.

Now, I don’t know how you stand with tofu, and I don’t mean to insult anyone, but I personally can’t do most tofu. I’ve really only had good tofu once in my life, in Vienna. Let’s say on a crazy fan scale of 1 to Misery, I’m a -99 when it comes to tofu. And tofu isn’t chicken, because Kiwis can’t fly.


I got several compliments on my Ariel T-shirt, which probably tells you a lot about the staff and clientele of Veggie Grill, where I will never go again in my life.

With my belly full of tofu hidden underneath Disney and Sons of Anarchy I entered the theater… only to find myself completely alone.

The nice man who was supposed to give an introduction never even bothered.
“Is it really so bad?”
“Yes.”

So me, myself, and I braced ourselves.

And by god, was it bad. No review could prepare you for what was about to unravel on the screen.

Story: For the first 90 minutes, a science experiment goes wrong and brings about body change in four late teens, who for the last 20 minutes have to learn how to work together to undermine Dr. Doom, who’s trying to destroy Earth because he’s depressed and blinks green.

Fantastic Four mainly encourages alliteration in combination with other f-words. You thought the previous FF films were shit? Well, you know nothing, Jon Snow.

Every film student should see FF to get a glimpse of how to succeed in making a shit movie. You can point your finger at nearly all instances from pre- to post production that were responsible for the making of this disaster. Was the script really so shit? Did the director really interpret the script into such a shit vision? Instead of doing reshoots that could have saved some of the story, why did they reshoot shit? Did anybody involved give a shit at all?

Primarily, it seems to be blamable on Fox themselves. The studio reportedly delayed, postponed, cut, rewrote, fired and hired, cast and recast, shot and reshot at their own leisure, causing director Josh Trank to tweet his disappointment out into the world on the day of the premiere. I sincerely hope the studio will taste its own vomit. Perhaps they learn something from it, because quite frankly, the last 20 “Foxian” ones are as boring as the first 90 “Trankian” minutes. They’re just a different kind of boring.

Upside: In no way is this sad excuse of a film the fault of the actors. They’re all young promising, mostly TV actors, and they can only do so much with shitty lines and inconsistent tone and direction to pull their characters off. Billy Elliot (Jamie Bell) meets Whiplash (Miles Teller) meets Friday Night Lights (Michael B. Jordan) meets House of Cards (Kate Mara) meets Black Mirror (Toby Kebbell). These are all names we like to hear.

FF is a prime example of a cinematic turd.

Now, here’s my attempt at a comparison.

Enjoy… or not. If not, blame Bernardo W. Tejedor. 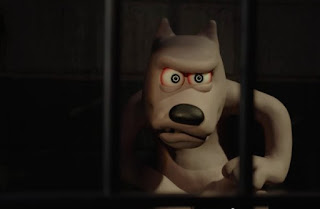 Links of the day:

Popular posts from this blog

This Year’s Valentine’s Color is Grey, And There Are Not Nearly Enough Shades of It

Maryberry’s Hollywood Part Three (THE BIT IN THE END)

July 03, 2017
The last act is always the shortest. You’ve nearly made it. Thank you for your perseverance. My last months and weeks in LA were pretty good, as I got to spend time with people I was very fond of. Two most lovely guys, Aaron and Kenji, formed an illustrious pub quiz team with me. At our weekly get-togethers at Barney’s Beanery, we looked like a shiny happy Pepsi commercial, if you know what I mean. I eventually moved out of my flat in Hollywood and settled in with a couple a bit further West down Santa Monica Boulevard during my last few weeks. I had met them both a while back in Austria via friends. The male half of the liaison, Bernhard, was an Austrian chef who had opened up an Austrian sausage bar in downtown LA. He was ever so generous, letting me stay in the Spare Oom of their beautiful house in Westwood. The female half, Cindy, was an interior designer and beautiful lass from all over the place, and we easily connected via our shared love for anything British. I recognised in …
Post a Comment
Read more